What Canada's rental market could look like next year. 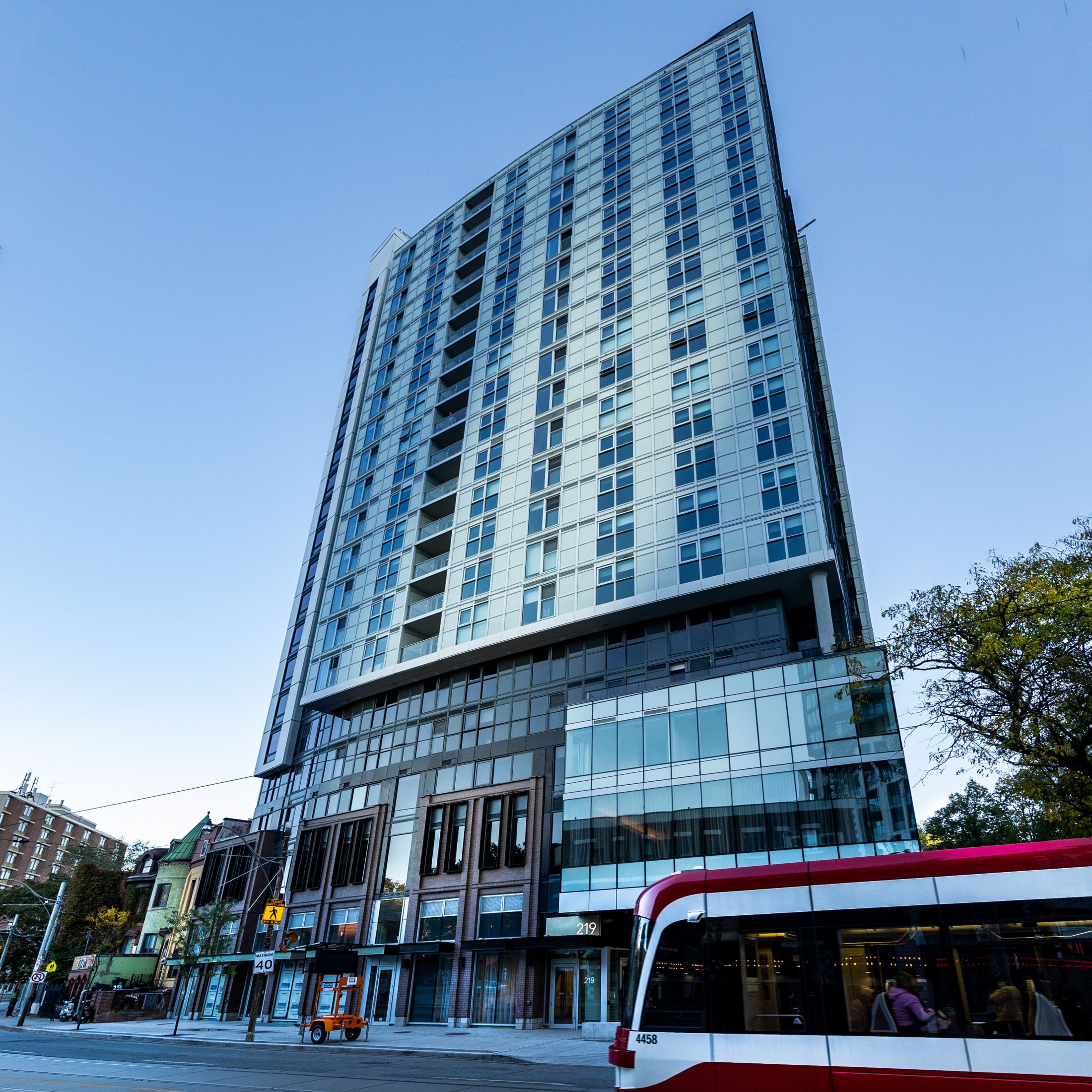 Analyzing the 2022 CMHC report and what the data can mean for the Toronto market.

While the percentage of available units in Canada’s primary rental market remained virtually the same in 2021 compared to the year before, there are still concerns that vacancy rates in key markets across the country could see a decline come next year.

According to Thomas Davidoff, a housing economist and associate professor at the University of British Columbia’s Sauder School of Business, a decrease in vacancy rates means “bad news” for renters.

“Usually, vacancy [rates] and rents move in opposite directions,” he told CTVNews.ca on March 3 in a phone interview. “When there's more landlords looking for tenants, they tend to need to lower rents, and when there's more tenants chasing after a small number of apartments, then rents tend to rise.”

According to a report recently released by the Canada Mortgage and Housing Corporation (CMHC), Canada’s purpose-built rental market had a vacancy rate of 3.1 per cent in 2021, a slight drop compared to the overall vacancy rate in 2020 of 3.2 per cent. The average rent for a two-bedroom apartment unit in Canada was $1,167 in 2021, representing an increase of three per cent compared to the year before.

Some of the pressures that have already begun to increase the demand for these rental units – such as higher levels of immigration and rebounds in provincial job markets – could drive down availability even further, said Bob Dugan, the CMHC’s chief economist. Without adequate supply, the result could be a greater drop in vacancy rates, and a rise in rent prices, said Dugan.

“My concern is, if we can't get the supply problems fixed and moving a little bit more quickly, it’s going to lead to an erosion of affordability with lower vacancy rates and higher rent increases,” Dugan told CTVNews.ca in a phone interview on March 3. “There's a chance it can get harder before it gets easier.”

Demand is a key factor in determining the vacancy rate within purpose-built rental markets, said Dugan. These are otherwise known as primary rental markets, which refers to buildings constructed for the sole purpose of renting out units.

In 2021, the country saw a rise in the demand for these rental units compared to the year before, said Dugan, partially due to a recovery in international migration levels as a result of relaxed travel restrictions. Based on data from Immigration, Refugee and Citizenship Canada, the country welcomed 184,500 new permanent residents in 2020, while 401,000 new immigrants were admitted in 2021.

The lifting of pandemic-related restrictions on a regional level also contributed to economic recovery through increased employment of young Canadians, said Dugan. According to Statistics Canada, students between 15 and 24 years of age saw a 15.6 per cent increase in employment from August 2020 to August 2021, for example. In the previous year, employment within the same age group dropped 11.8 per cent.

“When you think about new household formation, both new immigrants and young households tend to first rent, and as they save up money, they move into homeownership,” said Dugan. “When you see the employment rate for young people improve, you can really see that that has an impact on rental demand.”

As the world progresses through the pandemic, Dugan said he anticipates there will continue to be increases in both employment rates among young adults, as well as immigration to Canada, which puts rental demand at risk of further increase going forward.

“If that's the case, that will put downward pressure on vacancy rates and might lead to further deterioration of affordability,” said Dugan.

Of the 37 census metropolitan areas surveyed in CMHC’s report, 21 of them saw a decrease in 2021 vacancy rates compared to the year before. One of these areas is Vancouver. In October 2020, the vacancy rate for purpose-built rental apartments was 2.6 per cent. That number shrunk to 1.2 per cent by October 2021.

Since 2014, the city has seen persistently low vacancy rates and rising prices among rental apartment units. Prior to the pandemic, rental apartments in the city’s more urban areas were seeing greater demand than single family homes purchased in suburban and rural markets, Davidoff said, a trend that reversed with the emergence of COVID-19. But data collected by the CMHC shows that in 2021, tenants began to return to central areas within the city with higher rent prices.

As more pandemic-related restrictions are lifted in British Columbia, Davidoff said he anticipates this latest trend will continue in Vancouver, with more tenants seeking to rent apartments located in the city’s downtown core. Demand for these units will create additional pressure within the city’s purpose-built rental market, he said.

“I suspect [rent growth] is going to get worse given the very low vacancy rates we're seeing…and again, the return to apartment and downtown life,” said Davidoff.

In 2021, the average price of rent grew by 2.4 per cent in Vancouver, compared to just 1.5 per cent in 2020. Increasing vacancy rates within the city will help limit this growth over time, said Davidoff, and make rent more affordable for residents. Echoing Dugan, Davidoff said the solution is a continued increase in rental supply to better meet demand.

“You want more bargaining power for tenants, essentially,” he said. “When you have 30 people looking for one apartment…that’s a disaster for rent growth.

“Generally, we just have too many people looking for too few homes.”

While the COVID-19 pandemic has no doubt had an impact on residents of Toronto as well, certain segments of the population seem to have taken longer to bounce back from pandemic measures financially, according to the CMHC report.

Economic recovery from the pandemic took place at a generally faster pace among those who could easily transition from the bricks-and-mortar office to the home office, said Jason Mercer, chief market analyst for the Toronto Regional Real Estate Board. These people are also usually employed in sectors of the labour market that are associated with average to above average earnings, he said, and contribute to a strong demand for homeownership in the city.

But for others, particularly those working in accommodation and food services, these industries were slower to recover economically, and are likely still recovering today due to the various pandemic-related restrictions that have limited business, said Mercer.

“Many of those sectors are associated with average to below average earnings, and so you see more rental households within some of those sectors of the economy,” he told CTVNews.ca in a phone interview on March 3. “Sectors that traditionally underpin the rental market demand haven't recovered as quickly as others.”

Still, Mercer said the city will likely see continued growth in the rental market among both purpose-built and condominium apartments. Greater demand will lead to lower vacancy rates, which will ultimately drive up rent prices, he said.

GROWTH IN RENT PRICES SLOWING DOWN

In addition to analyzing demand, it’s also important to consider supply, said Dugan. In 2021, Canada saw a rise in the supply of purpose-build rental apartment units throughout the year that matched demand overall. Approximately 40,000 units entered the rental market between October 2020 and October 2021. Within the same timeframe, occupied apartments also grew by about 41,000 units.

While rental demand in most provinces followed a similar trend, supply appeared to outpace demand in both Ontario and Manitoba. In cities such as Toronto and Winnipeg, supply exceeded demand by about 4,000 and 1,000 units, respectively.

Michael Froese, managing broker of Royal LePage Prime Real Estate based in Winnipeg, said he has been seeing this growth in supply first hand, with a new apartment complex being built near his home. Other high-rise apartment buildings are being developed in the city’s downtown core and suburban Winnipeg as well, he said.

“[Developers] see a hole in the market so they build,” he told CTVNews.ca on March 7 in a phone interview. “Now, there's more to choose from so that gives tenants more options and it decreases that pressure on the upward swing [of rent prices].”

Similar to Toronto, Winnipeg saw its vacancy rate for purpose-built rental apartments increase, going from 3.8 per cent in 2020 to five per cent in 2021. Both cities also noted increases in average rent prices for these units. In Toronto, this was due to more competition among landlords, according to the CMHC. In Winnipeg, higher average rent prices were a result of more newly constructed purpose-built rental units entering the market, Froese said.

“It does kind of defy the conventional economics of supply and demand,” he said. “But what’s out there is new, and new is nicer and new generally fetches more [money] than old.”

Despite these increases in rent prices, both cities saw growth rates slow down compared to previous years. In Toronto, when comparing rents for similar units between October 2020 and October 2021, average apartment rents increased by 1.3 per cent in 2021. This is significantly lower than the increase recorded in 2020 of 4.7 per cent. In Winnipeg, same-sample apartment rents increased by 2.6 per cent in 2021, but this figure has been decreasing steadily since 2018.

While Froese said he does foresee a continued increase in the average price of purpose-built rental apartment units, these increases will be moderate.

“I do expect rents to pick up,” he said. “Expenses are going up every year [and] inflation is driving everything so prices will continue to go up.”

Data in the CMHC’s report also highlights challenges many Canadians face when it comes to rental affordability, Dugan said. The report features a breakdown of the number of hours residents of various cities must work per month to adequately afford rent on a two-bedroom purpose-built rental apartment.

Using average local hourly wages, the report shows that in several major cities, including Vancouver, Toronto and Winnipeg, residents needed to work more than the 150 hours typically logged each month if working full time, in order to afford their rent. Nearly all areas surveyed saw an increase in this metric in 2021 compared to the year before.

“People had to work more hours than the previous year to bring that rent down to 30 per cent of their income,” said Dugan. “In those centres, you actually need a second person to supplement the income to make affordability work.”

In order to make rental housing more affordable across the country, there must be an increase in supply within the rental market, Dugan said. This is likely to prevent rent prices from increasing as much or as quickly as they would otherwise.

“When you have the number of hours of work [needed] to make rental housing affordable increasing the way we show in the report, it means that we're moving further away from that goal [of affordability],” he said. “We need supply in order to keep housing prices and rents stable, and move towards a more affordable housing market for everybody.”

This can be achieved through different levels of government partnering with private sector developers and builders, Dugan said. Another strategy to consider involves revising municipal zoning laws to allow more neighbourhoods to convert single-family properties into multi-unit residential ones, such as a duplex, triplex, or townhome, he said. Expediting the process of approving building permits can also help smooth the pathway towards more affordable housing, said Dugan.

“More supply is crucial to getting affordability under control in the long run,” said Dugan.