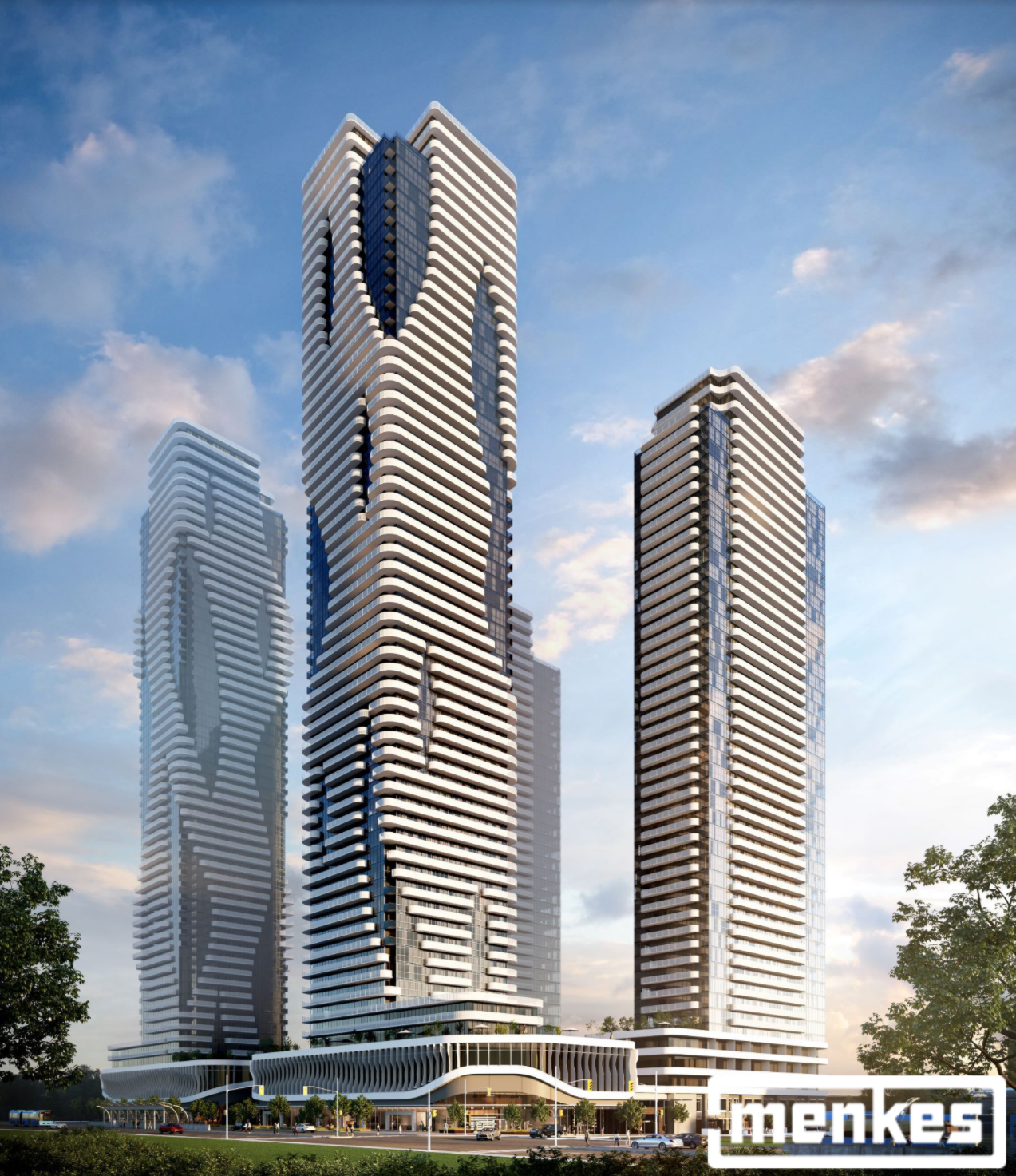 Menkes Developments Ltd. (Menkes) is proud to share that according to new data released by Altus Group, a leading provider in real estate data and advisory services, the Company ranked as the number one builder for pre-construction high rise sales across the country. Additionally, Festival, its latest joint venture with QuadReal Property Group (QuadReal) was the best-selling new condominium project in Canada for 2020.

In a year faced with a global pandemic and met with so much uncertainty, this is an exceptional feat for the Company.

Festival is a 5.15 acre mixed-use development located at Highway 7 and Highway 400 in Vaughan, a suburban municipality immediately north of the City of Toronto. Situated in the master-planned downtown district called Vaughan Metropolitan Centre (VMC), Festival will feature four condominium towers varying in height from 40 to 59 storeys, one of which will be the tallest in the VMC. The towers will be anchored by 85,000 square feet of retail space and the focal point of the development will be a dynamic, retail-lined pedestrian mews that opens onto a public courtyard.

Menkes and QuadReal launched the first two towers of Festival, with 1325 units, in fall 2020 and sold out the buildings in less than four months. Construction on the towers is anticipated to commence in the first half of 2021 and the sales launch for Phase 2 of Festival (Towers 3 and 4) is also targeted for Spring 2021.

According to Altus, new condominium sales in the Greater Toronto Area (GTA) fell 22% in 2020 from the previous year. However, the decline in activity was driven by the City of Toronto, which saw a 31% decrease. There was a strong shift in sales activity to suburban municipalities, due to buyers seeking affordability.

Menkes sold a total of 1,679 new condominium units over the past year, capturing 8% of the GTA market share and earning not just the top spot among the 188 high rise builders in the Toronto marketplace, but nationwide. In addition to Festival, the Company recorded sales in numerous projects across the City of Toronto, including several in the downtown core. Currently, Menkes has over 3,300 units under construction across the GTA and another 15,000 units under development.

“We are always grateful when people entrust us with one of life’s biggest financial commitments, and this year more than ever, we believe buyers were looking for an experienced builder with a proven track record,” said Jared Menkes, Executive Vice President, High Rise. “We are honored when our buyers not only put their faith in us as a Company, but believe in our long-term vision. We were thrilled that buyers shared in our vision for the future of downtown Vaughan with the launch of Festival this past Fall.”

This is not the first time that Menkes has earned the top-selling condo title. In 2013, the Company’s Harbour Plaza Residences project in the South Core Financial District of Toronto was the GTA’s top-selling condominium project. And in 2018, Menkes launched Sugar Wharf – the largest mixed-use community on Toronto’s waterfront, which went on to become the best-selling high rise project in Canada that year.