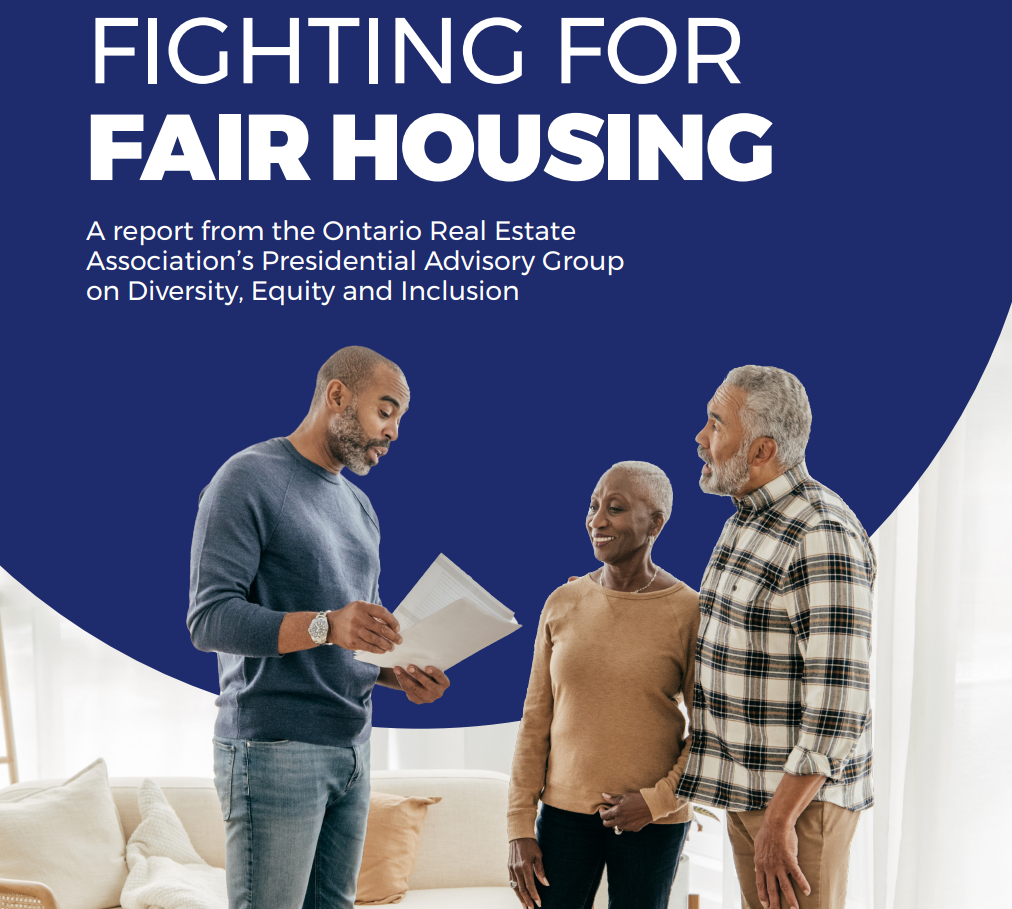 Is systemic racism and discrimination prevalent in the Ontario Real Estate Market? The answer is yes.

In the first-ever report conducted by OREA this year, the conclusion can be made that we as an industry need to do a better job. Over a third of realtors have experienced discrimination or racism and one in four BIPOC realtors say a client has refused to work with them because of their identity. The report also finds that four in ten real estate agents in Ontario believe a rental deal has fallen through due to discrimination.

The rental market is discriminatory, and this report further supports that. It can’t be disputed. But what can be done? And more importantly, how can it be improved?

The report provides a well thought-out 19-point recommendation ranging from reduction to DCs for rental construction, financing and rental support, to awareness and inclusion in the industry. Landlords regularly hand a stranger the keys to one of, if not, their largest asset and have to “hope” for the best. Typically, they only get a few hours to consider an applicant and consideration is made with credit report, income, and the ratio compared to the rental rate.

Recommendation 9 on the report stood out as one that is long overdue to gain momentum- “advocate for the review of Ontario Residential Tenancies Act (RTA 2006) with the goal of improving access to affordable homes for disadvantaged communities.” The limitations of the RTA and a landlord’s recourse, inadvertently perpetuates discrimination. The Act, while intended to be fair and protect people, is written is such a way that it makes it close to impossible for landlords to lease to new immigrates, refugees, students, recent graduates, someone requiring a co-signer, and foreigners, many of whom tend to be BIPOC. How “un-Canadian” that the RTA only encourages you rent to Canadians. It takes fairness and equity completely out of the process.

Landlords need supporting documents, with a rent to income ratio under 30%, with less then 30% of your available credit used, do you have a credit score above 700? Should a landlord take a chance on an applicant that isn’t “perfect” on paper, they risk potential bankruptcy. Should a tenant not pay, it can be months, if not years, before a landlord can be heard in Tribunal.

The conclusion is that the RTA is not working the way it is, but the questions remains- can we improve it?